Top
You are here: Home / Life / The Three Sisters 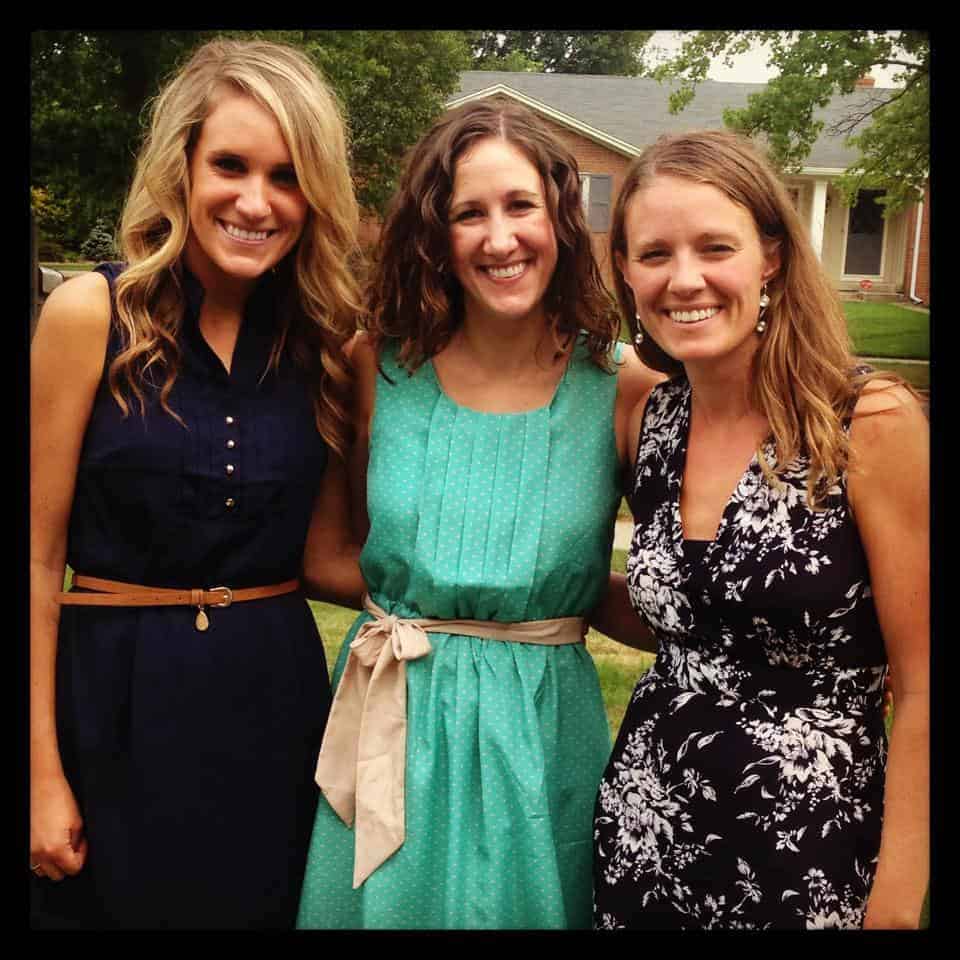 I’m the youngest of three girls.

We are also similar in many ways: we love to eat, we love to sleep, we’re fiercely independent, witty, genuine, and blunt. We have the same smile, the $4000 manufactured one through years of orthodontia. Often, it’s the one feature people point out as the tell we’re related.

I loved being the youngest sister. Our last name is uncommon and always stood out at roll call. Each teacher asked if I was Jill and Christie’s sister. They were favorite students after all, high achievers, wickedly intelligent. I’m proud to be their sister and have always looked up to them tremendously. 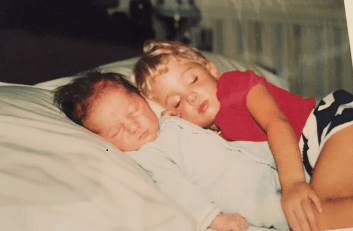 Their world was so peaceful before I came along. 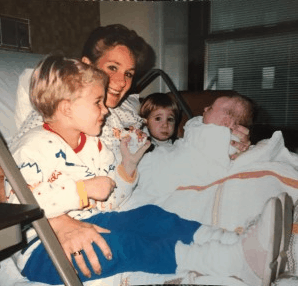 If you look closely, you can see Christie figuring out she was now a middle child. 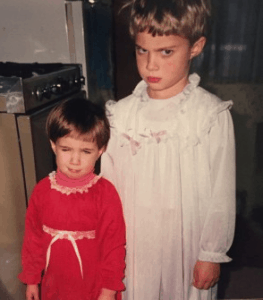 Finding out they were going to have a little sister!

Growing up, we arranged countless fashion shows in the basement, routines on the trampoline, sand castles on the beach, and competed in hundreds of swim meets. We’d set up separate bunkers in the basement made of couch cushions, blankets, and chairs, and play war, throwing balls or burnt cookies at each other. Jill on one side, Christie and I on the other.

Jill was the oldest, and the leader of the pack. It always came natural to her. We played outside in the back woods and would often dig holes or make wild bouquets. One time, Jill came up with the idea to dig a hole as tall as Christie. We worked hard all day, digging deeper and deeper, until Christie tested it out. Sure enough, it was taller than her, and at that point, we learned the second part of Jill’s plan, to run away laughing and leave Christie in it. Jill convinced us to do almost anything, from smashing our heads in our own birthday cakes, “do it, everyone will think you’re really funny!” to smashing peanuts with a mallet for hours in order to make her peanut butter, “I said smooth, not crunchy!” 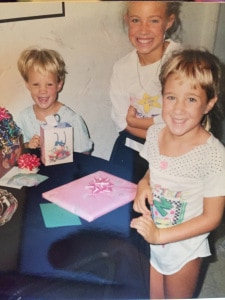 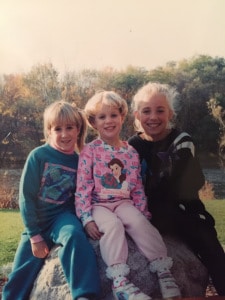 We had a family band named Jazz, Chazz, Diamond Ring.
J for Jazz, C for Chazz, and D for , , Diamond Ring. (I know what I like, ok?)
None of us is actually musically inclined, so it was mostly dancing and lip syncing to Beach Boys songs or the Footloose soundtrack for hours on end.

Christie is 2 years, 2 months, and 2 days older than me. We shared a room for 13 years, and then when we moved to the new house, a bathroom. It was horrible, but I wouldn’t change it for the world. We’ve gotten on each other’s nerves more than anyone, but are also incredibly close. When our parents separated and eventually divorced, it was Christie that made sure I was ok at home while she and Jill were at college. She helped me with homework, made sure I was getting enough to eat, and talked to me about relationships. Christie listened to me cry over the same boy for the better half of a decade, always patient, always empathetic, always kind, although I’m sure she wanted to shake me, wake me up, and tell me I deserved more.

We’re all moving this summer.
I visited Jill in NJ over memorial weekend, helping pack up her apartment for her move to Boston. We had a lot of laughs and fun at the driving range, talked about our futures, enjoyed a few barbecues, and breakfast and talks in the morning light of her sun room. Jill’s boyfriend and kids live in Boston and she made the decision to move there to be with them. Her career is in NJ and she’ll commute via plane to be there, at least for now. It’s a huge sacrifice to make, but also one she is happy to make to build her future and be with her family.

I drove to Ann Arbor this week to see Christie. I’ve made the drive countless times before, straight east across 96, down 23, exit 45, then 3, a right on W Huron. I’ve made the drive for tailgates and games, as a surprise for her birthday, to cry to her about my life, and to just spend and enjoy time together. I brought boxes, a baguette and bonne bouche from Zingerman’s. We’ve sat at that dining room table for years, snacking, talking, and thinking aloud about our futures. She’ll be moving to Minneapolis next week with her boyfriend. He accepted an amazing position after finishing his doctorate this Spring. Because Christie will not yet be licensed for her career in Minnesota, she is moving without a job, friends, or any knowledge of the city. It is an amazingly brave decision, a huge sacrifice. But she too recognizes that it’s worth it to build her future and her family. 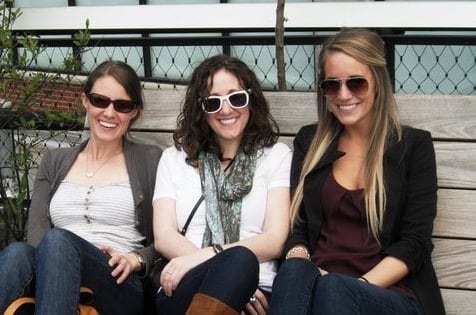 We’re moving farther apart in distance but closer in each of our relationships, and for that, I am forever thankful. I’m so fortunate to have not only two incredible role models, supporters, and confidants, but also two best friends I talk with nearly every day.

Of all things, this may be my favorite party of growing older.

I’m confident and grateful that Jazz, Chazz, Diamond Ring is one band that will never be breaking up and I’m so excited to see what is next for each of us, separately and collectively. 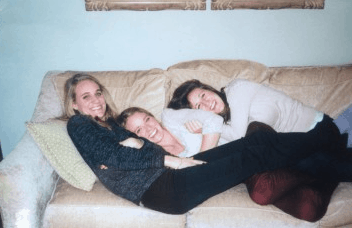